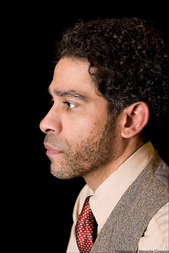 Dana is a Callaloo Fellow and the author of the chapbook Good Friday 2000. Twice he won the Eva Jane Romaine Coombe Writer’s Residency, and also had residencies at the Vermont Studio Center and the Virginia Center for the Creative Arts. The recipient of a fellowship from Virginia Commonwealth University, he was profiled in The Paris Review Daily in 2013.

His poetry and fiction have appeared, or are forthcoming, in Blackbird, Plume, African Voices, Tuck Magazine, Carve, The Killens Review, Gumbo: An Anthology of African American Writing and elsewhere. NPR affiliate WBEZ 91.5 FM Chicago broadcast a dramatic reading of one of his short stories on Stories on Stage. His nonfiction has appeared, or is forthcoming, in numerous publications, including Guernica, AlterNet, americanshortfiction.org, The Source, the Washington Afro-American, the Princeton Alumni Weekly and the Black Issues Book Review.

Currently, he is at work on a full-length poetry collection. He is also penning essays and short stories.

A New Yorker with Southern roots, Dana grew up in Birmingham, Alabama and Washington, DC. After graduate school he moved to New York City, where he lived for 16 years, mainly in Harlem and Washington Heights. He now lives in Beacon, NY.