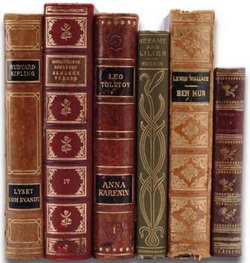 "No!" And yet Sidney had to admit to himself that even though he wasn't trying to break away from the two of them, he was trying to escape hustlers in general. As well as the rest of the sick cast of the inner city. As well as the surrounding mise-en-scène. But he didn't explain any of this to D'Angelo. He'd known all along that his impending departure to college was troubling D'Angelo. He'd had no idea, though, that such a welter of issues was roiling around in his friend's mind. "Why would you think I was trying to get away from you and Jamal?" he asked.

"'Cause, man, look at us and look at you. You speak proper sometimes. We don't. You going to college. We not. Plus, you 'bout to go to a white school."

"A'ight, but how is it that those things indicate that I'm trying to get away from you?"

"Maybe those things mean you look down on us. And maybe that's why you trying to break out. 'Cause you don't wanna be a part of all this."

"Let me explain something. I don't look down on you and Jamal. You seem to forget that for the longest I've been trying to get the two of you to go to college like me. If I want the same thing for you that I want for myself, how is it that I'm looking down on you?"

"A'ight, but do you look down on us 'cause we ain't make the same choices as you?"

D'Angelo's eyes, light brown like his skin and lips, seemed capable of reading the thoughts scrolling across Sidney's mind. But Sidney resisted the urge to look away.

"No," he said. Longing to nullify the lie he'd just told, he said something that was irrefutably true. "I'm leaving. But not for good. I'll be back whenever I get a chance. Every break I get."

The wind kissed Sidney's arms and face with cold lips, and he gazed past D'Angelo at the black expanse beyond the field. He recalled how he'd felt when D'Angelo and Jamal started hustling, when they bought themselves cars and left him to catch the bus alone. Suddenly they were involved in something that didn't include him. At first he'd go down to the strip just to talk to them, but the crackheads shambling about and the drug transactions taking place and the blue-and-white cop cars cruising past made him nervous. So he went there less often. Whenever he did stop and chill on his way home from school or work, it seemed he was talking to people he didn't even know. They'd gone from wearing faded Levi's and nondescript T-shirts to wearing Fila tracksuits flecked with thick swirls and stripes of red and blue. The stark change in their attire only externalized the change occurring within. All they ever talked about now was money and cars and gold and all the girls and dap they could get with their money and cars and gold. And the higher they went in Rob's crew, the more brutal they became. One night, after dropping a rock, D'Angelo beat down a scrawny crackhead for trying to snatch it and run. D'Angelo swung and kicked until blood dripped in thick threads from the crackhead's lips. Yelling, Sidney told him he was wrong to treat people that way. "Fuck you know about it?" Jamal shouted. "This ain't no place for niceness, nigga! If people think you soft, every nigga on the street be trying to take you out! If you can't take it, man, leave!" Sidney did. He began going to the strip even less often, and whenever he did go, two or three minutes wouldn't pass before he was leaving. D'Angelo and Jamal would come by and get him when they were free, but for a while he wondered if he should even be hanging with them. Had they not come close to being their old selves when away from the strip, he would have cut them loose then and there.

Sidney turned away from the darkness and eyed D'Angelo. "It won't be the same, huh? Kind of like how it was when you and Jamal started hustling."

D'Angelo twisted his mouth to one side.

"You hadn't thought of it like that. Had you?"

"But I'm saying, man. When me and him started selling, we was still here. We wasn't in another state like you gon' be. It's gon' be different."

D'Angelo scratched behind his ear the way he always did when anxious. "And you not gon' fucking. . . you not gon' be ashamed of niggas like me and Jamal? When you introduce us to yo' white friends and shit?"

Sidney's face puckered. "Come on, man. What is you saying? Fuck them. I wouldn't care what they thought when it comes to you and Jamal. We boys."

Sidney looked him in the eye, but D'Angelo wouldn't return the stare, as though he didn't believe him. Sidney mused, Do I even believe myself? He envisioned himself wincing as they spoke their broken English in front of his white classmates, and he promised himself he would rip from his heart any shame that might lodge itself there.

Handing D'Angelo the gleaming bottle of Absolut, Jamal said, "A'ight, you two niggas kiss and make up. And stop all this bullshit-ass-I'm-gon'-miss-you type of bullshit. If Sidney try to forget us, fuck it, we'll drive up to New Jersey and kick his skinny ass. It's as simple as that."

Sidney smiled, looked over at him. Already Jamal's eyelids were getting heavy. Sidney had heard the soft plash of vodka all while he and D'Angelo were talking.

D'Angelo raised the bottle to his lips and took a swig. "That's just it," he said and wiped his mouth with the back of his hand. "That's what I'm trying to get at. Are you gon' forget about us when you make it?"

"When I make it?" Sidney repeated.

"Man, stop bullshitting. You know you gon' make it. My question is: are you gon' forget about us?"

Sidney turned to D'Angelo, the first friend he'd made after moving to D.C., years ago. He stared deep into his eyes, so deep he forget he was staring and thought for a moment he was D'Angelo and D'Angelo was he. The configuration reversed itself. "The two of you are like the brothers I never had. I could never forget that. I would always come back and hang."

"How much more of this shit I gotta listen to?" Jamal asked. Before getting out, he pressed a button on the dash; and the convertible top, with a drone, crept toward the windshield. "Niggas, bring ya ass. And stop talking all this lovey-dovey bullshit."

Sidney stepped onto the grass and pushed back the seat. D'Angelo, after stashing the vodka, climbed out and jabbed him lightly in the stomach and ribs. Sidney put his guard up but only at chest level, and D'Angelo threw a hook that came within half an inch of connecting with Sidney's temple. If D'Angelo had wanted to punch him, he could have.

"Hey, I gots to keep you on yo' toes, nigga. You can't be hanging with us if you can't swing." D'Angelo gave him a sudden, awkward hug, then followed Jamal through the line of traffic.

Sidney was left alone. The headlights of passing cars glared at him like fiery white eyes. He strode to catch up with his friends.

Once he reached them, the three of them sauntered inside the club together. Brushing past the shoulders of guys huddled near the front, they bored deeper into the hot darkness, the air rife with the pungent bite of weed. All over the club guys were standing in ciphers, getting blunted. The ends of their Phillies glowed bright orange, spewing thick grey smoke that snaked up toward the ceiling.

No fight broke out. What happened instead was as surprising as a brawl wouldn't have been.

Clustered near the back wall was a crew that D'Angelo and Jamal knew. Its members were strangers to Sidney. D'Angelo and Jamal, beckoning him to follow, strolled over. After they had given pounds to the entire crew, D'Angelo broached, for the second time that night, a subject he'd been avoiding for months. To the stockiest of the lot, he said, "Yo, this my nigga Sidney. He going to Princeton in the fall."

The guy and his crew turned and peered at Sidney with raised eyebrows. The guy's voice was gruff. "Like Sandra and Elvin off The Cosby Show?"

Some of the guys in the crew were still staring at Sidney. A few nodded what's up.

"He know I'm just fucking with him," D'Angelo said, grinning.

What Sidney also knew was that D'Angelo had mentioned Princeton for only one reason: he was proud.

He patted Sidney on the back. "Congratulations, man."

PREVIOUS PAGE
back to PUBLISHED WORK