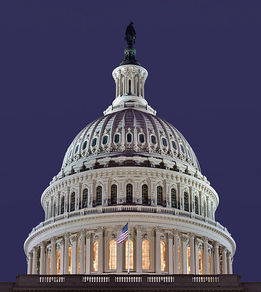 "I don't feel like driving," D'Angelo said out of nowhere. He pulled over, then turned to his brother. "You drive."
"What the fuck? You right there, though," Jamal said.

Jamal gaped at him. "Fuck's wrong with you?"

Jamal didn't know but Sidney did. D'Angelo hadn't decoded the speech. That was for sure. If he had, he would have vituperated Sidney right away. No, there was something else bothering him.

When D'Angelo didn't answer, Jamal shook his head. "Niggas," he mumbled. And he tried to get out. He had to stoop considerably to fold his gangly frame into a shape small enough to escape from the cramped backseat. While he slouched around the rear of the car towards the driver's seat, D'Angelo strode around the front such that the two never met. Once both were back inside, Jamal lowered the white convertible top.

He drove the car in exactly the way that his brother hadn't.

He peeled off. The engine roared and Sidney's body was jerked back and pinned against the seat. In seconds they were at the red light at the end of the block, and Jamal had to slam on the brakes. The tires screeched. Dirt and rocks plinked and clanked against the car's underbelly.

Jamal grinned. He slipped the stick-shift into neutral and tapped the gas. The engine came alive with a growl, and he peeled off again, the sharp smell of burnt rubber hot in Sidney's nostrils.

The freedom of speeding at what had to be one hundred miles per hour through the 9th Street tunnel with the convertible top down and the cool night air blasting against him sent Sidney's heart racing. Cars fell behind on both sides, the ceramic walls of the tunnel glinting past in a white blur. Sidney took off his gown, and the wind snatched at it so that it flapped like a dark flag over D'Angelo's head.

"Man, give me this," D'Angelo snapped, grabbing the gown and balling it up.

Sidney reached back and took it from him.

"Where we going?" Sidney shouted over the heavy rumbling of the engine.

Sidney forced himself to smile back. The tunnel opened onto a wide and grey expressway, but it seemed they'd been on it for only seconds when Jamal careered down an exit ramp. They were in Southeast now. Soon they'd be at Eastside, the hangout spot for every thug in D.C. They might run into a crew D'Angelo and Jamal had beef with. Sidney might get maimed or killed just for being with them. He'd gone to the club with them before, and every time it was the same—the deeper they traveled inside, the more he could feel its presence in the air: the threat, the almost certainty, of being thrown in a fight tonight. So many guys from so many crews, all of them cramped together within the same four walls, forced to share the same space. All it took was bumping the wrong guy's shoulder to set things off. No chemical reaction could be more volatile.

A beef between two guys would quickly fester into a beef between two crews. And if one of the guys was unfortunate enough to be alone, well, dude got jumped. Even one-on-one fights, upon the rare occasions when they occurred, would soon explode into wild, chair-and-bottle-throwing melees where bystanders were dragged in when hit by stray punches. Ribs cracked, noses broken, eyes blacked, teeth knocked-out. Not much time would pass, though, before someone would run to his car and snatch a gun from the trunk. The 1980's were the age of the gat.

It was times like this that made Sidney wonder whether he shouldn't have obeyed his mom and stayed away from D'Angelo and Jamal.

But, he reminded himself, they had his back in case a fight broke out—Jamal, who was tall and swift with his fists; D'Angelo, who was muscular and had a swaggering belligerence that made guys much taller step out of his way when he approached. Having the two of them with you was like being in a crew of five. And yet whenever Sidney hung with them, nothing happened. Usually. Hopefully, tonight would be the same.

They reached the club, a squat white building with paint flaking off its walls. Even from the car Sidney could hear the rattling beat of Go-Go, D.C.'s music—a sound that, aside from the city itself, only neighboring Maryland and Virginia could get with. The cowbell clanked and dropped between the flat patter of congas. A synthesizer wined, weaving its way through the other instruments.

It was Friday night, so it was crowded. From the door stretched a long, disjointed line. As many people as there were inside, there were almost as many outside. And most of the latter weren't even at the door and wouldn't wander that way all night, content to cruise along the road that encircled the club or chill on the glinting, well-waxed hoods of their parked cars. Either option gave them the opportunity to see and be seen. Skeezas, with Fendi bags hanging from their shoulders, switched about in skin-tight jeans, their hair newly done, twisted and structured into huge, elaborate creations that cost as much as ninety dollars a pop. Hustlers, wearing green or orange or blue Champion tank tops and loose shorts that hung down to their knees, strutted around or leaned back in cars, their thick gold chains glistening beneath the faint light and seeming to quiver, like snakes coiled around their necks.

Sidney half-smiled, half-cried at the depraved mating ritual unfolding outside. Tonight, like every other night, the skeezas would try to wheedle free drinks and future gifts out of the hustlers without giving up any sex. And the hustlers would try to coax the skeezas into bed without spending any loot. Neither party believed it was better to give than to receive.

Sidney and his friends crept along in the endless line of traffic, waiting to get far enough down the road to where parking spaces were still available on the sun-blanched grass.  D'Angelo reached over and handed him a tall bottle of Absolut. Sidney watched the clear liquid slosh around inside. He looked over his shoulder. "Hey, man, you know I don't mess with that stuff."

D'Angelo blew air through his teeth. "Nigga, stop being so scared. Fucking one drink ain't gon' kill yo' ass. Damn."

"But you never even tried it."

"Shit, give me that," Jamal said, taking the bottle from Sidney.

"We try to take you out and celebrate," D'Angelo said, "and you fuck up everything."

Sidney's thick eyebrows rose. His lips fell apart. "I'm fucking up everything? Nigga, you the one in the bad mood. After my graduation you had to go get the car right away. You didn't want to drive to the club. You snatched my gown from me. And now I'm the one fucking up everything."

D'Angelo looked away. So Sidney did too. Jamal finally found a space and parked. It was profoundly quiet when he cut the engine, but it was a quiet interspersed with the music gushing from the windows of passing cars.

"Look, is there something on your mind?" Sidney asked without turning around.

"Stop lying, nigga. You know there is." Sidney faced him now.

D'Angelo stared past him.

Sidney decided to push harder. "What? You’re scared to say it?"

D'Angelo leaned forward, so their faces were only inches apart. "A'ight, mo'fucka, since you asked, yeah, I got something on my mind." To Sidney's relief D'Angelo leaned back and put some distance between them. "How come you couldn't go to a college around here? Why you have to go all the way to fucking New Jersey?"

Sidney thought for a moment. "Because that's where the school I wanted to attend was."

"So you telling me you not trying to escape from our neighborhood? Escape from the way we have to live?"

"I'm just trying to get a good education."

"You can get a good education in D.C. Now you the one that's lying."

"A'ight, look. So I am trying to escape. Fuck's wrong with that?"

"How come you ain't just come out and say so?"

"Is it 'cause you also trying to escape from niggas like me and Jamal?"

"Are you?"
PREVIOUS PAGE       NEXT PAGE
back to PUBLISHED WORK